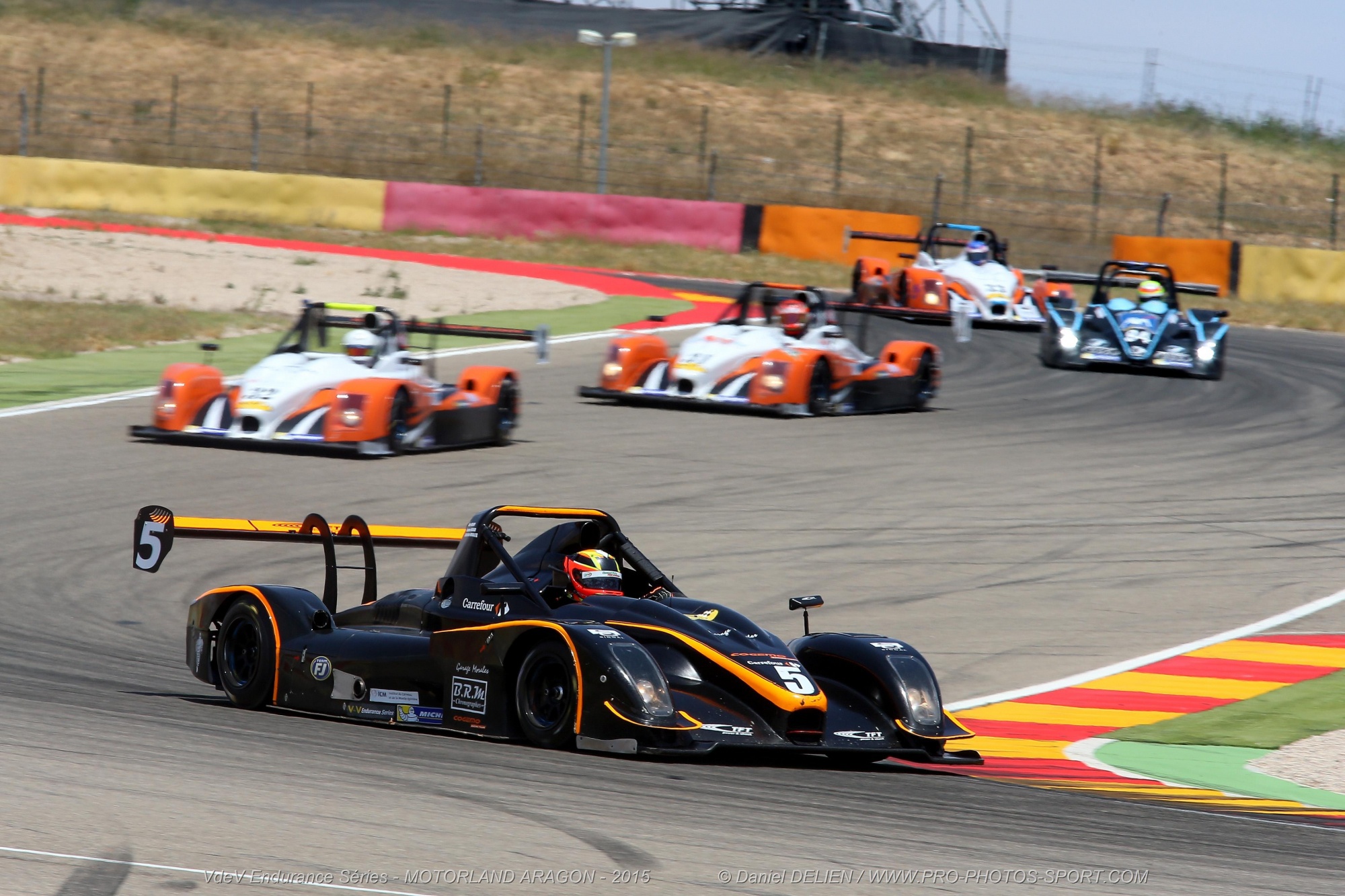 For my first race of the year it was great to be back at the technical racetrack of Motorland Aragon located 2 hours east of Barcelona. I was racing in the very competitive VdeV Endurance Series again and I was lucky enough to be called up by Team TFT last years championship winning team to race their Norma prototype.

Due to the late decision to race the team where unable to fit the latest aero kit and developments to the car, so we were running last years parts and unfortunately this meant we would be at a disadvantage from the start as the upgraded cars were running over a second quicker than last years cars. Nevertheless I was up for the challenge and in Endurance racing it is not all about speed, it is about making it to the end of the race in one piece.

My team mates for the 6 hour race where 2 gentleman drivers Jacques Medard and Sebastien Morales. Qualifying was determined by the average fastest laps from Sebastien and I. This makes it fair for the whole field of cars as there is a vast range of experience and speed of the all the drivers competing. We managed to qualify 14th out of 26 cars. Not a bad effort as we experienced brake issues which prevented us from really attacking the car and circuit.

For race day we were very confident of a good result. We had managed to resolve a few issues with the car in practice and qualifying and felt we had a good setup for the race. It was a very hot and humid day in Spain for the start. I started the race and managed to make up 3 positions on the first lap. I continued to improve our position throughout my stint and I worked my way up to 9th position in a car that was not running the 2015 updates! Just after an hour into the race I was lapping a back marker and he spun in front of me exiting turn 1. I had to take avoiding action and this resulted in me spinning off the circuit. The car was intact but unfortunately I was not able to start the car as the battery was low on voltage! When the marshals eventually pushed me off the circuit I managed to bump start the car and continue the race, unfortunately by this time I had lost 10 positions and 3 laps to the leaders!

I handed the car over to my teams mates for the middle portion of the race, both of them kept out of trouble and maintained position in 15th position. With 2 hours of the race to go the heavens decided to open and this led all the teams to pit their cars for wet weather tires  With an hour and half of the race to run I took over the driving duties and headed out on a wet but drying circuit. It was slippery but extremely good fun, keeping the car on the circuit was very hard work. With every lap that I ran the circuit was getting dryer and producing more grip. I radioed the team to pit and put on slick tires as there was a dry link appearing. On the first couple of laps on slicks it was very slippery but once the tires build up some heat I was confident to push harder and harder. I managed to work my way up the field to 9th position and with 20 mins of the race left the rain came down again, this time the safety car was called out after some accidents and the race was finished under the safety car. For my first race of the season a 9th position was a great result and I achieved my aim of a top 10 finish.