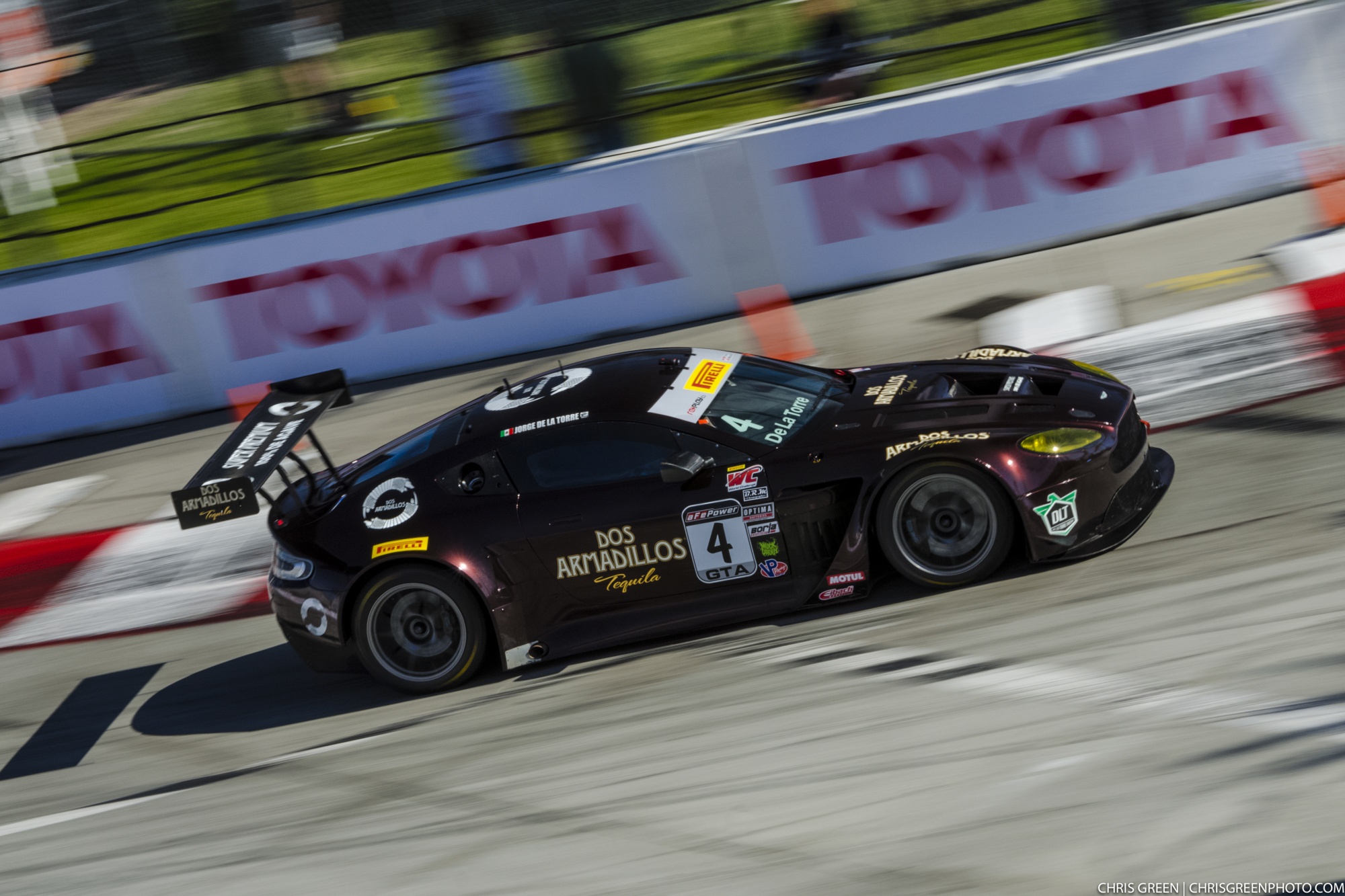 Lars Viljoen has signed to race with DLT Racing in their Aston Martin Vantage V12 GT3. Viljoen will partner Jorge De La Torre for the 6 endurance races that make up the 3 event series. The Sprint X series supports the very popular Pirelli World Challenge championship which is the biggest GT racing series in North America.

Each round consists of two 1 hour races with a mandatory pit stop where each car has to change drivers. Some of the fastests teams and drivers in North America will be taking part making it a mouth watering prospect.

Viljoen will be supported by his loyal sponsors Angela Estate Winery http://angelaestate.com/ and Gainesway Farm http://www.gainesway.com/

Lars Viljoen comments; 'It is great to be part of the new Sprint X championship which is part of the very propular PWC series. I believe this championship is going to grow into something big here in the US and it is great to be involved from the start. I have to thank Jorge De La Torre and the DLT Racing team for allowing me to join them for these events and I am hoping for some good results. I want to carry on the speed and consistancy I showed at Daytona 24 hours and I believe the Aston Martin will be a strong package for these Sprint X events and it is a car I know well.'